Interpretation vs. Translation—Process and Scope 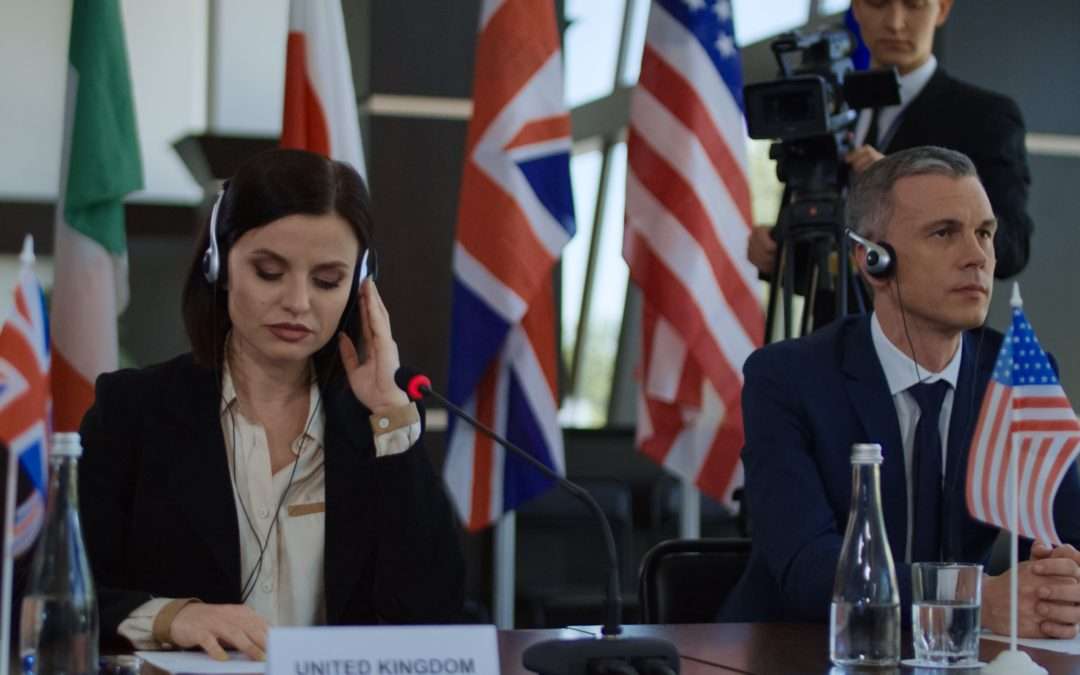 Some other people wonder who operates the devices used during some high-end symposia settings. While some people believe that the tools are set to operate automatically on their own, that’s not the case at all. The simple answer is that the interpreters do speak through the radio receivers. So, the speaker’s message is not automatically interpreted by these technological tools. The radio receivers are assigned channels through which interpreters speak to a specific audience in their language on behalf of the speaker. Basically, each audience listens to the interpretation through a designated channel.

In our North American region, for example, people simply use “translation” to refer to both translation and interpretation. I worked with one organization for several years as an interpreter, but I was known as a translator the whole time. In this article, I will discuss the difference between these two concepts to shed light on the confusion around them. In this first part, I will focus on interpretation. Therefore, whatever is not included in this article has nothing to do with interpretation. 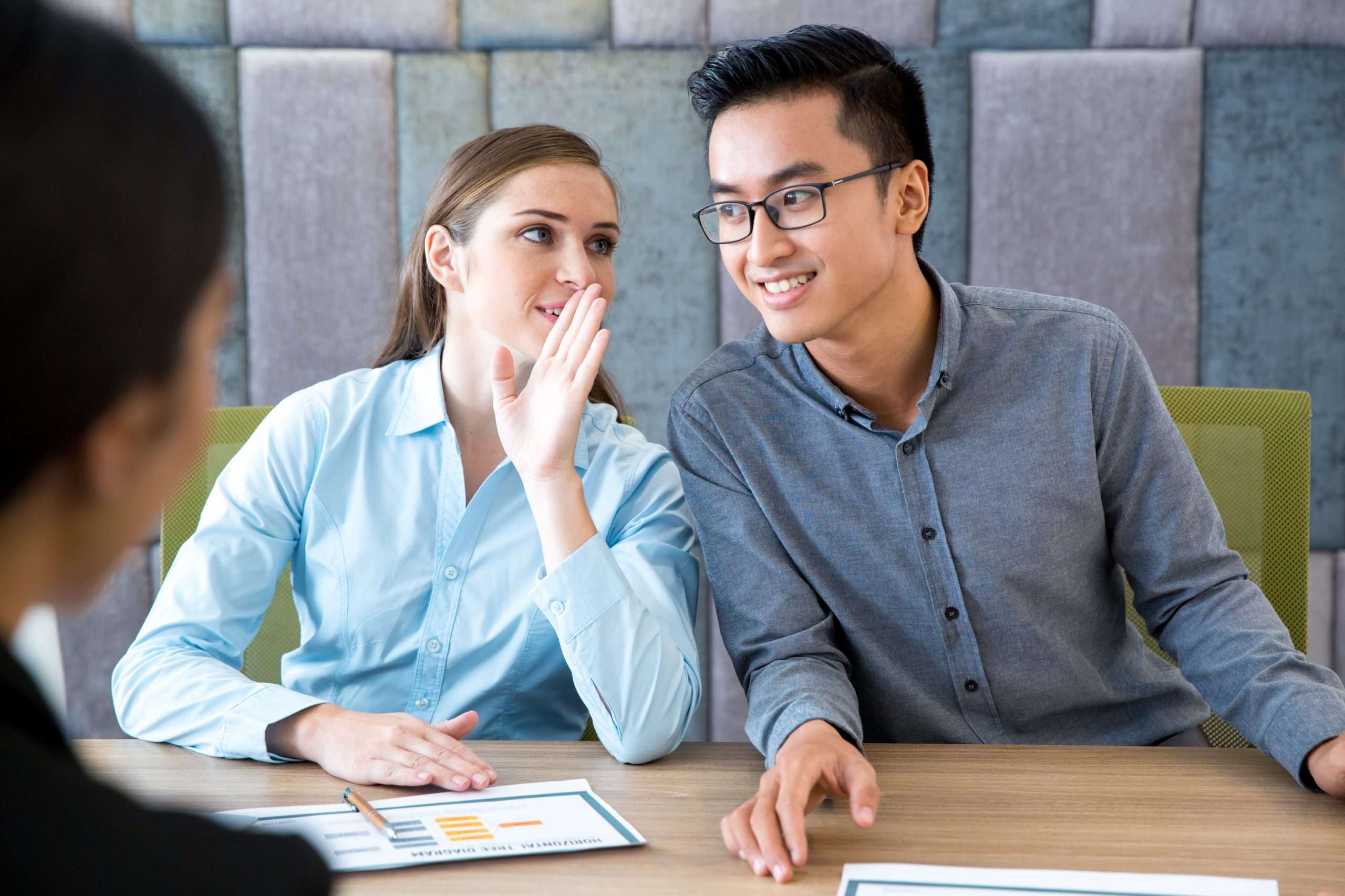 Chuchotage consists in the interpreter translating verbally for one (or a small number of) attendee(s). It can be used both in casual meetings and formal events. The interpreter usually sits beside the target audience and speaks into their ear(s), hence the name “chuchotage” (French for “whispering”). This is because the interpreter whispers into the listener’s ear. The interpreter talks at the same time as the main speaker of the source language even though the level of faithfulness to the speaker’s pace varies from one interpreter to another.

Chuchotage works well in environments where there are only a few people who don’t speak the source language. The setting makes it unnecessary for the interpreter to stand alongside the main speaker and hold a second microphone or sit in a booth to render the session in the target language. For example, if there is only one person who doesn’t speak the language in a big group of attendees at a conference, sometimes it is more convenient to sit with an interpreter and listen directly to them in one’s language. If there are several people who need this type of interpretation, they must group themselves around the interpreter to hear them clearly. The recommended number of listeners range between one and four.

This mode of interpretation has its own limitations and challenges. In the case of meetings, for example, there are limited options to reduce background noise or control people who may be talking around the target audience at the same time as the speaker and the interpreter. To cope with noise and distractions, the listener(s) must concentrate while the interpreter must maintain a comfortable pitch to make sure that their audience is seamlessly capturing the message. Chuchotage can be classified under the simultaneous or semi-consecutive interpreting modes that I will discuss below.

Based on the technicalities, specialty, and technology involved, we can differentiate between:

This is another category of visual interpretation where the interpreter uses signs to speak to a specific group of people. It is used in the media, for example, where a sign language professional renders the content of the broadcast news using visual signs. This mode of interpretation is intended for people who are hearing-impaired. It has different variants, one of which is the “American Sign Language” (ASL) used mostly in North America.

Sign language requires intensive training, just like any other professional field. It has its own alphabet, terminology (signs) and specializations. Therefore, a sign language professional who specializes in the medical field is not necessarily able to interpret in a legal setting. Sign language interpretation is one of the fastest-growing industries centered on the values of equity, integration, and social inclusion across the global communities. 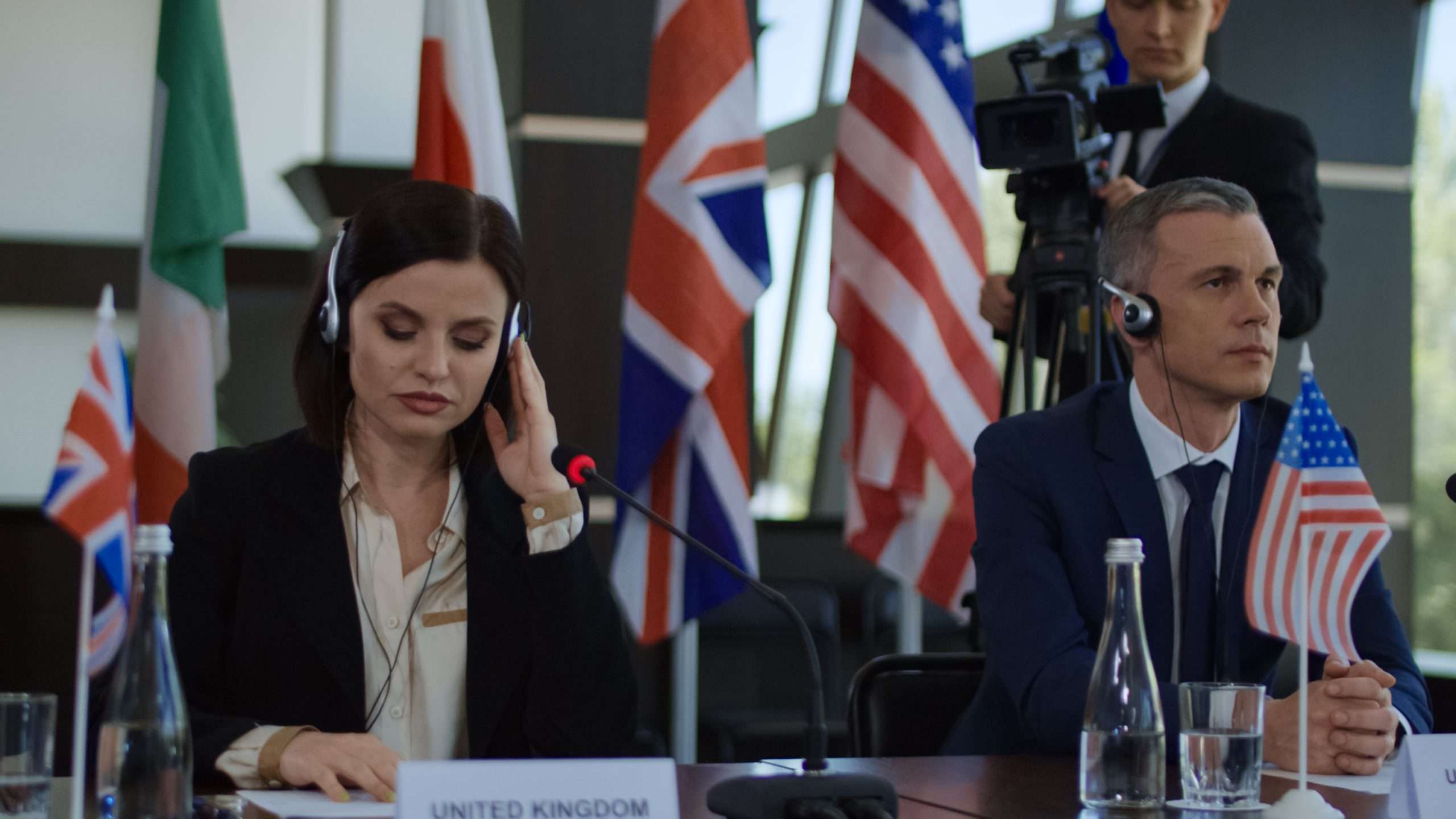 As its name goes, simultaneous interpretation consists in the speaker and interpreter speaking at the same time. It is used mainly in multilevel conferences where many of the attendees don’t speak the source language. This interpretation process uses modern technology to render the speaker’s message to as many people as possible in real time.

As opposed to chuchotage and sign language, simultaneous interpreters usually don’t appear in front of the audience. However, there are some situations where they can do so, for example if the target language comprises only two different people groups—those who understand the language and those who don’t. If there are several people groups, interpreters sit in booths where assistive technological tools are set up to make the process smooth. In that case, people can see the speaker who is delivering the message in the source language but cannot see the interpreters who are delivering the message in the target language.

Due to the intensity of this mode of interpretation, language experts recommend having backup linguists so that they can take turns. In most cases, there can’t be just one interpreter. The number of linguists vary based on the length of session(s), but the recommended number is at least two interpreters. Ideally, one interpreter speaks only for half an hour and takes a break for the next one to take over. This is why the process necessitates more than one interpreter. The risk associated with interpreting long sessions nonstop is quite high. The repercussions range from hoarseness to migraine headaches and various mental as well as physical health issues.

In the language industry, it is believed that the interpreter cannot start talking at the same time as the main speaker or keep up with them. This is especially because no one knows what’s on the other person’s mind. For this reason, language professionals believe that simultaneous interpretation should have a subcategory that recognizes a delay in the delivery of the main speaker’s message. Once the speaker and the interpreter are not speaking at the same time, the process can no longer be called “simultaneous”. That’s why the term “semi-consecutive” interpretation fits between real-time (simultaneous) and deferred (semi-consecutive) interpretation processes.

The reasons for the delay vary. The first and most understandable reason is that the interpreter must figure out the speaker’s message to begin with. Even though, most of the times, the speaker shares the content of their speech with the interpreter ahead of time, it doesn’t totally remove the unpredictability of the speaker’s introductory message such as greeting, illustration, or any other situation-based sense of humor that the speaker can spontaneously add into their speech to complete their story. 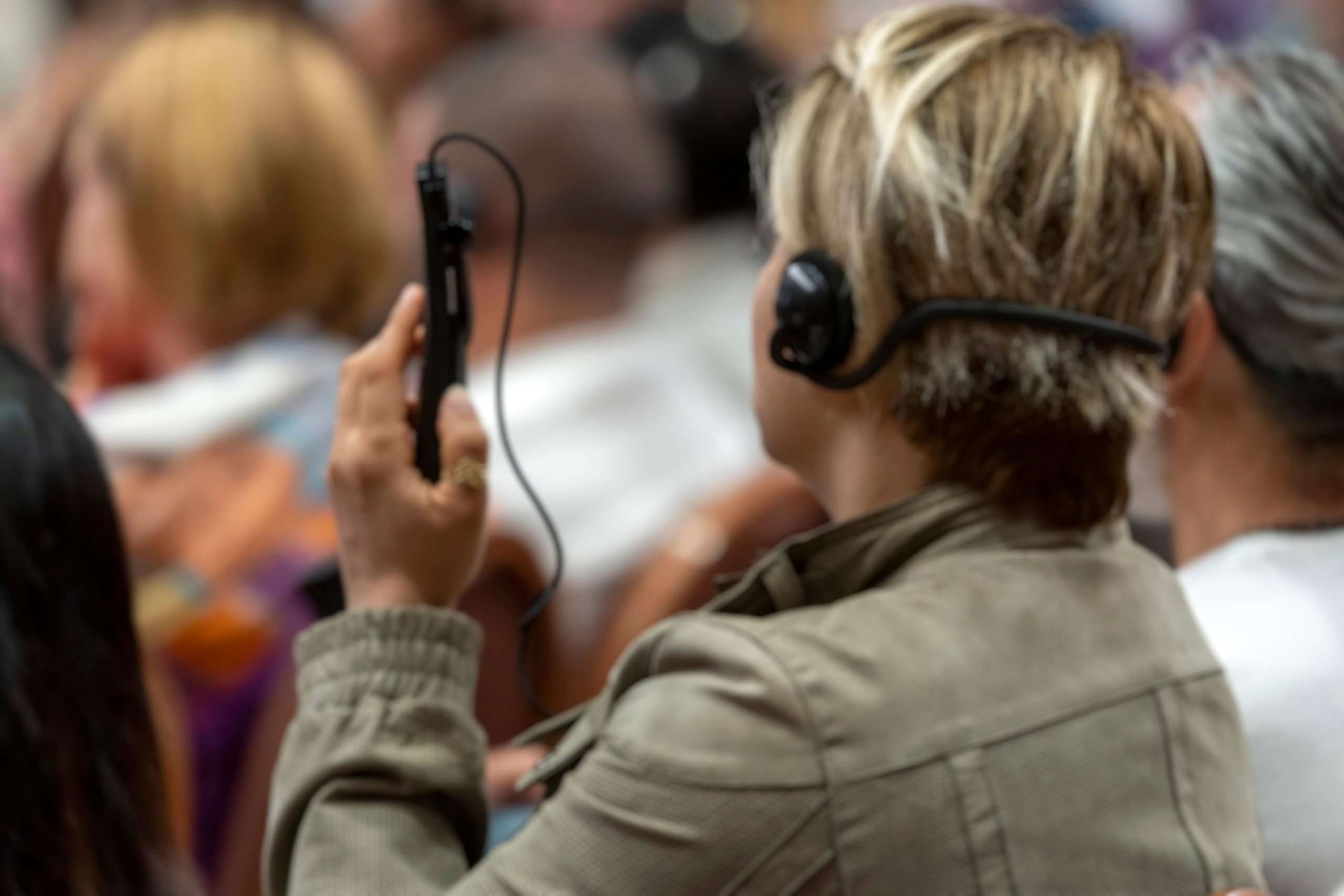 What makes the consecutive interpretation process complex is that the interpreter must use their cognitive skills to listen in the source language, process the information mentally, and speak in the target language. Sometimes they have to retrieve appropriate terminology as they listen at the same time. They must avoid distractions to stay focused on the speaker’s message.

Without notetaking, the interpreter can easily lose track of the message. The European Commission says that “in order to be a good consecutive interpreter, you must be able to listen very actively, analyze what the speaker is saying, make useful notes which will jog your memory of the speech as you give it back, and then be able to make the speech as if it were your own in your active language.”

The purpose of notetaking is to make the process as smooth as possible. While there is no rule about what elements of the speaker’s message must be noted down, there are some recommendations. The rule of thumb is for the interpreter to make sure that the most important parts of speech are documented for convenience during the reproduction stage. They can feel free to use abbreviations, language codes, or their own preferred symbols provided that they are able to decipher them as they interpret.

Some of the most popular sections to note down are names (of places and people); dates; numbers; measurements; amounts; units; lists, and probably some important titles, whether books, articles, or other similar content. Once these crucial details are documented, it becomes easier for the interpreter to reproduce the speaker’s message and bounce back and forth from the notes instead of trying to retrieve all the contents from their memory. It is also important to note that notes can easily sidetrack the interpreter from the job at hand. So, they must keep their mind sharp and ready to rock and roll at all times.

In the interpretation world, there are two types of memories―long and short-term. Some interpreters have very good memories and can retain long chunks of the message. These are said to have long-term memories (LTMs). Another category of interpreters can only retain small bits of the message for a short time. These are known as having short-term memories (STMs). Either way, the art of notetaking is absolutely crucial and commonly used in the consecutive interpreting process, even though some confident LTM interpreters can go without it.

Message to Our Readers:

We hope you found our article helpful. We would love your feedback below. Our goal is to add value to our readers and, particularly, to our clients by making their businesses more profitable and hassle-free. If you would like to learn more about how our language services can support your specific business model, we would be pleased to connect and discuss your questions further. 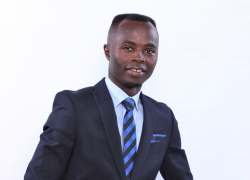 Follow Me 🙂
Sim Ngezahayo
CEO at Golden Lines Translation, Inc.
Sim Ngezahayo is a Business Executive, Blogger, Founder, and CEO of Golden Lines Translation, Inc.—an award-winning language service provider (LSP) based in Winnipeg, MB, Canada. He has served in the language industry for over a decade after graduating with a Bachelor’s Degree (Honors) in Language Translation and Interpretation Studies. Over the years, he acquired vast experience while working with some of the world’s leading industries. His extensive expertise and business acumen give him the privilege to speak into the language industry world as he also provides insights into the language subject matter.

Follow Me 🙂
Latest posts by Sim Ngezahayo (see all)

This website uses cookies to improve your experience while you navigate through the website. Out of these, the cookies that are categorized as necessary are stored on your browser as they are essential for the working of basic functionalities of the website. We also use third-party cookies that help us analyze and understand how you use this website. These cookies will be stored in your browser only with your consent. You also have the option to opt-out of these cookies. But opting out of some of these cookies may affect your browsing experience.
Necessary Always Enabled
Necessary cookies are absolutely essential for the website to function properly. These cookies ensure basic functionalities and security features of the website, anonymously.
Functional
Functional cookies help to perform certain functionalities like sharing the content of the website on social media platforms, collect feedbacks, and other third-party features.
Performance
Performance cookies are used to understand and analyze the key performance indexes of the website which helps in delivering a better user experience for the visitors.
Analytics
Analytical cookies are used to understand how visitors interact with the website. These cookies help provide information on metrics the number of visitors, bounce rate, traffic source, etc.
Advertisement
Advertisement cookies are used to provide visitors with relevant ads and marketing campaigns. These cookies track visitors across websites and collect information to provide customized ads.
Others
Other uncategorized cookies are those that are being analyzed and have not been classified into a category as yet.
SAVE & ACCEPT